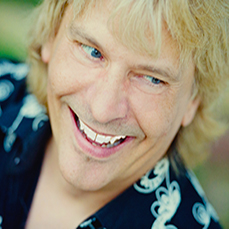 Jimmy James has played in the following acts:

Busch Gardens - Tampa, FL. Wrote, directed, managed, and performed in "Buddy and the Wisers Rock Show" Also served as Entertainment supervisor for the dept. and substitute performer for most other live music shows.

Jimmy is proud to have several custom instruments made from various companies. Here are a few remarkable examples.

Rick made me two of these. The most fantastic live touring acoustic guitar. Really is perfect for the job. Colin Hay introduced me to these. The first one has a cedar top on curly maple. The second one he made from a piece of spalted maple that I got from Canada. Iron cross inlay too. Stunning.

Phil made this one of a kind Factor for me in '06. I had been playing a Factor since the 80's. This bass is the only one in the world with a single pick up and a maple fretboard. He had made the neck for Stu Hamm, but he didn't like it. The top is left over 'Fender Wild Wood' from the 1960's. Phil & Roger were the entire custom shop at Fender, handmaking guitars for Jimi Hendrix, George Harrison etc. He kept a small stock of Wildwood leftover veneers when he left. This is one we picked out together for the bass. Almost too cool to own.

Dennis Galuska, Master Builder at the Fender Custom Shop, made this for me around 2009. Curly maple top. Iron cross inlays. Orange tint. Sweet.

Gibson Custom Shop made me this around 1989. Yes, it is orange. Very cool headstock inlay Phil made from a drawing I made. Everyone at the factory called it the 'Great Pumpkin'.